In which the story of Sadhanayana begins is of considerable importance because it is an essential part of the main potential of the sadhanayana – the Swamiji. His visit to kailasha was a turning point, opening a tremendously vast dimension. What his experience was, it is impossible to confure up. But it seems clear that it was there that the consuming power of sanyasa took hold of him. In the later fifties, when swamiji look sanyasa and remained with the Guru, Shrimat Swami Narsimhagiriji Maharaj, it was the inspiration of kailasha’s atmalingam that asserted itself as an irresistible desire to be only in silence, the mahamouna that fills and overflows the vibrant Chidakasha of Kailasha. That desire which tortured him for years was suddenly fulfilled during a chance visit to Mount Abu. Abu presented itself as a replica of Kailasha, the recorded song of Shri Dakshinamurti’s melodious silence. 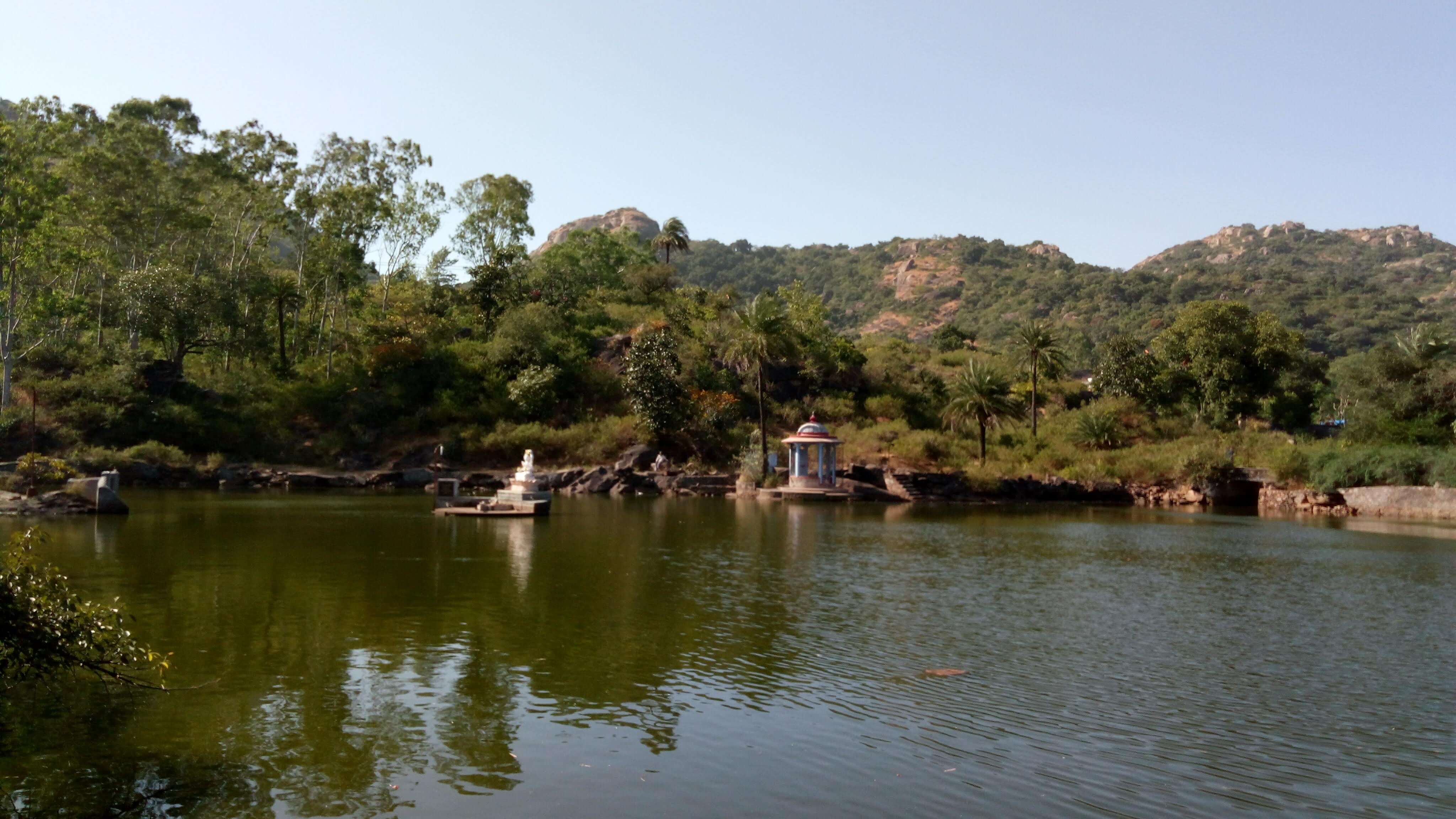 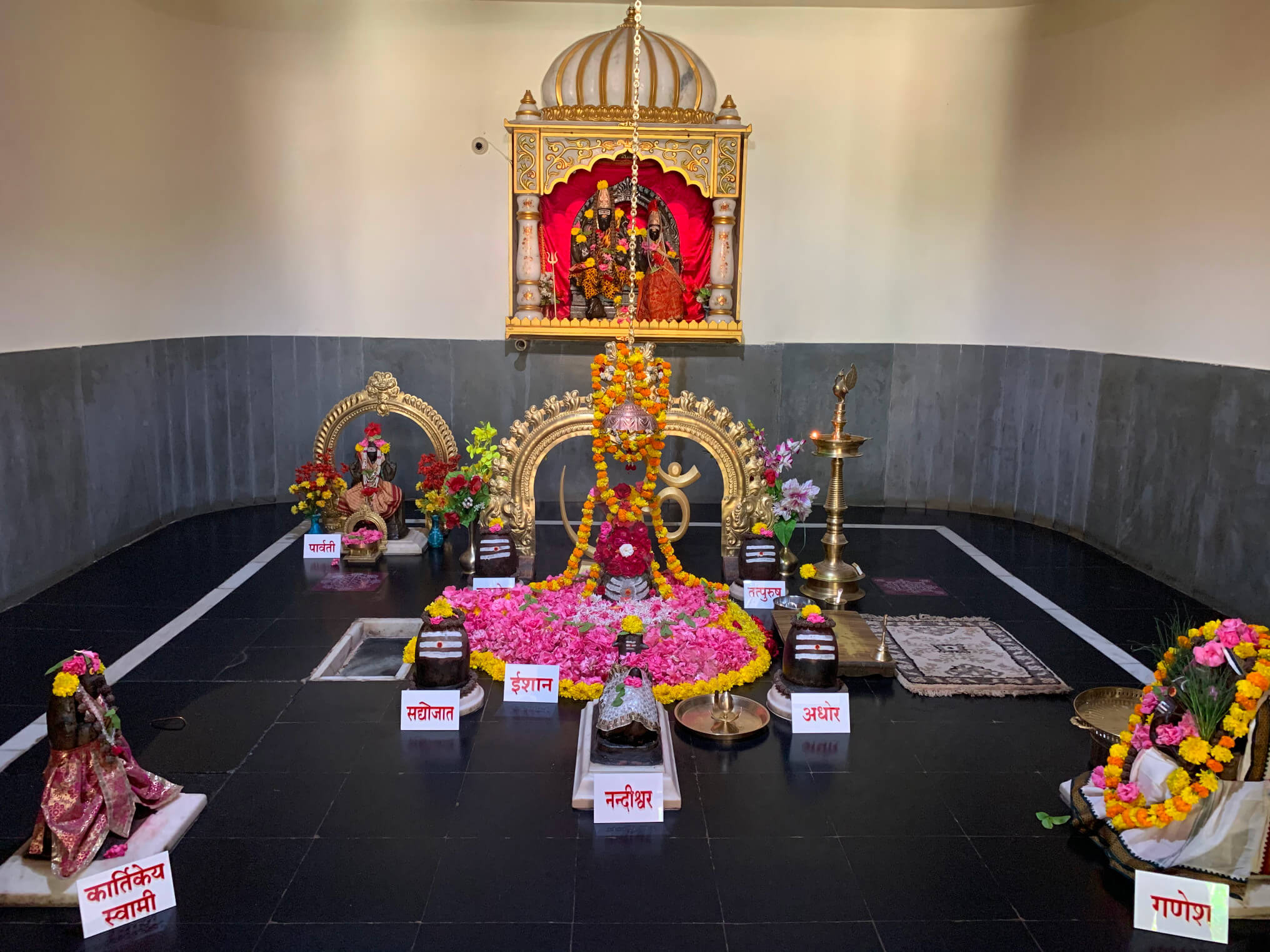 Swamiji was impressed by the very appearance of Abu hills surrounding a fairly big sized lake, the Naga Tirtha. Later on it was discovered that literally Abu is identified in the scriptures as a part of the Himalayas. It is hailed as Himalaya’s son. What the father left incomplete was taken over by the son! Swamiji was convinced it was the place for him.

The first four years unbroken stay proved to be a crystalisation of the Himalayan inspirations. Slowly, the subtle nectarine dews of Abu coaxed the seeds of many lives ‘ dedication to sprout. Preaching was so far, far away from swamiji’s mind and yet by 1967 he found himself surrounded by a web of divine friendship that spanned the distance between Jodhpur in the north and Ahmedabad in the south. So when finally the proposal for a formal contact centre for the convenience of sadhakas was put forth fervently by that paragon of organisers and fierce freedom fighter Anasuyaben Sarabhai of Ahmedabad, it sounded so natural a things that the Swami started selecting a suitable name for the centre And it was then that Samvit presented itself in perfect clarity.

Samvit Sadhanayana was inaugrated in 1970. A search for a suitable plot of land to build the head – quarters was initiated. Within months of the passing away of the Mahant of an old crumbling Shrine of Shri Somanatha, Santasarovar induced the people in charge to invite Swamiji to preside over the ashrama. Thus the place came by itself and the soul of Sadhanayana quietly entered into this holy encasement. Though it was practically in ruins, Santasarovar (the lake of Saints) contained in its very name and the external features, the essentials of the asharama - ancient Prabhasa tirtha surrounded by shrubs of wild bilva and hills dotted with caves where holy men lived in tapasya and prayer, Lord Somanatha’s Shivalinga with nothing but grape vines to give shade, one or two huts for asharamites – all the ingradients needed to make a real Samvit – flavoured brew for healing the ills of a soul. 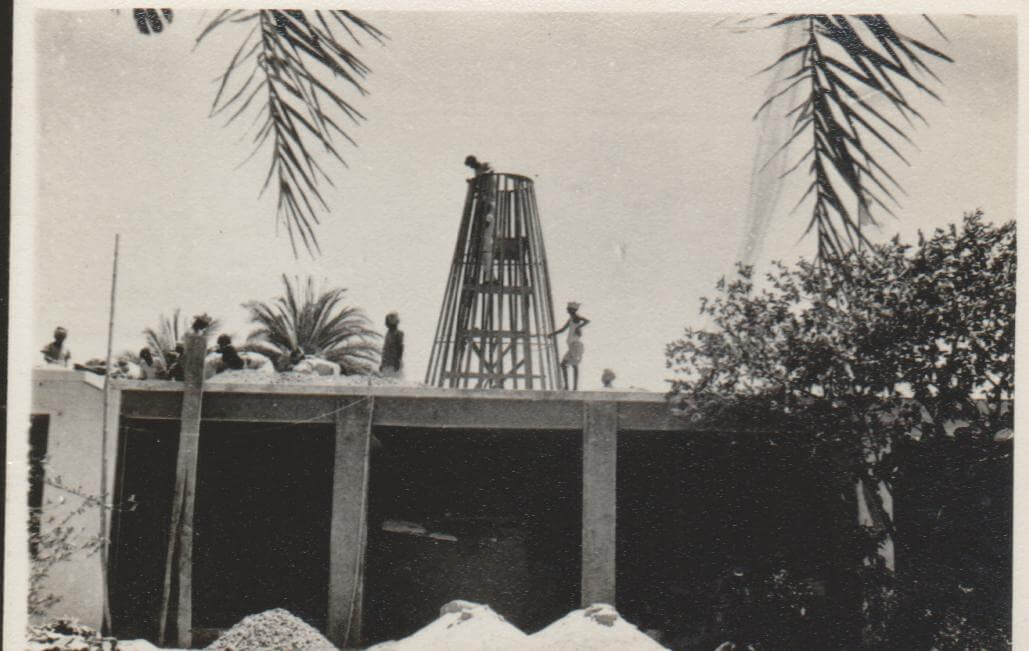 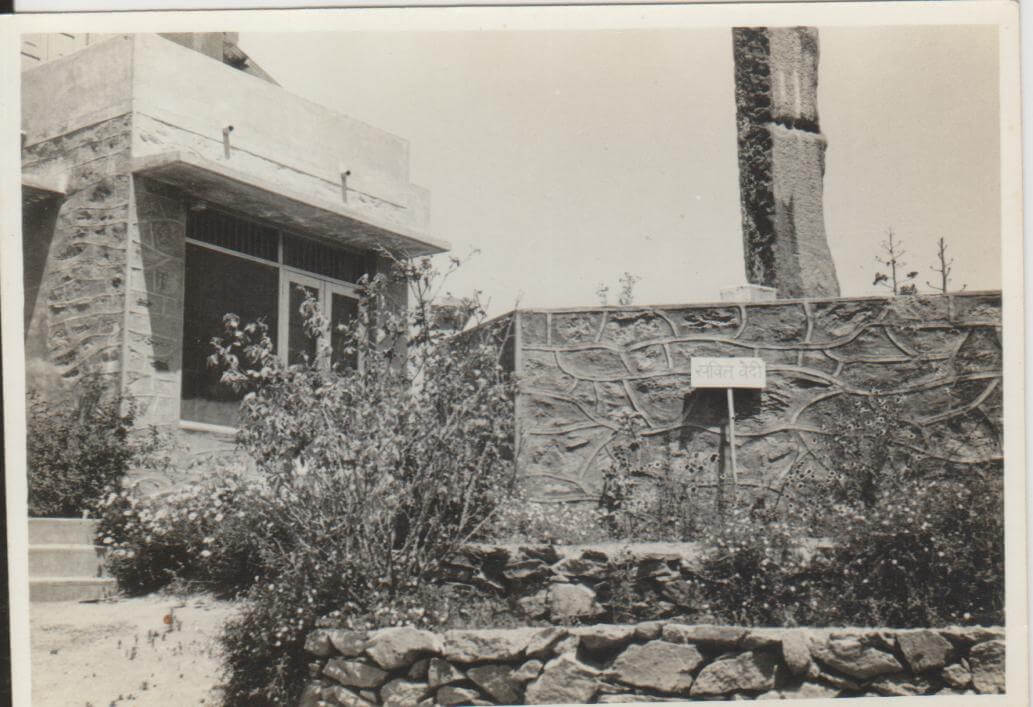 But there was not sufficient place to conduct even the most meagre worship or celebration for the benefit of aspirants. Shri Godavari Ba Trust of Ahmedabad created by Anusayaben came forward to erect the office building. Anasuyaben dedicated it in 1971 to Sadhanayana and named it ‘Ananda Lahari’. Classes were conducted in it and a small library in memory of Vikram Sarabhai came to be housed in it.

Slowly loving hands began to erect a mandapam ( courtyard ) to the shrine and foot by foot the place was made more orderly and useful, more accommodative and fitting for Sadhanayana activities. The temple was renovated completely and new idols and four more Shivalingas were installed. In 1978 the removated shrine was consecrated according to vedic rites conducted by priests from south India. It was a very significant year in the history of Samvit Sadhanayana. Everyone of the hundreds of Samvit sadhakas assembled there from all over the country felt a new fiery presence invoked not only in the divine idols of the shirine but in themselves, It was quite clear to them what the message was and what they should do about it. Along with the temple the ashrama too was renovated. And endowed sadhakas began to add to it kutirs that will give them the benefit of prolonged sadhana on the spot. The Shripaduka shrine, Gahvareshwara, Sri Dakshinamoorthi Mahadev, Mahishamardini, Devi Guha, Trikhanda Guha all came out of Samvit ‘ Operation reclamation’ as gleamimg gems to adom the necklace of the main tapasthali. And that is how the entire place came to be surcharged with spiritual power. On one side you have Achaleshwara and on the otherside Arbuda Devi. They have dominated over the entire Abu hills for numberless ages and now Sadhanayana is proud to be placed in the exact orientation of the line conneching these two pillars of light. 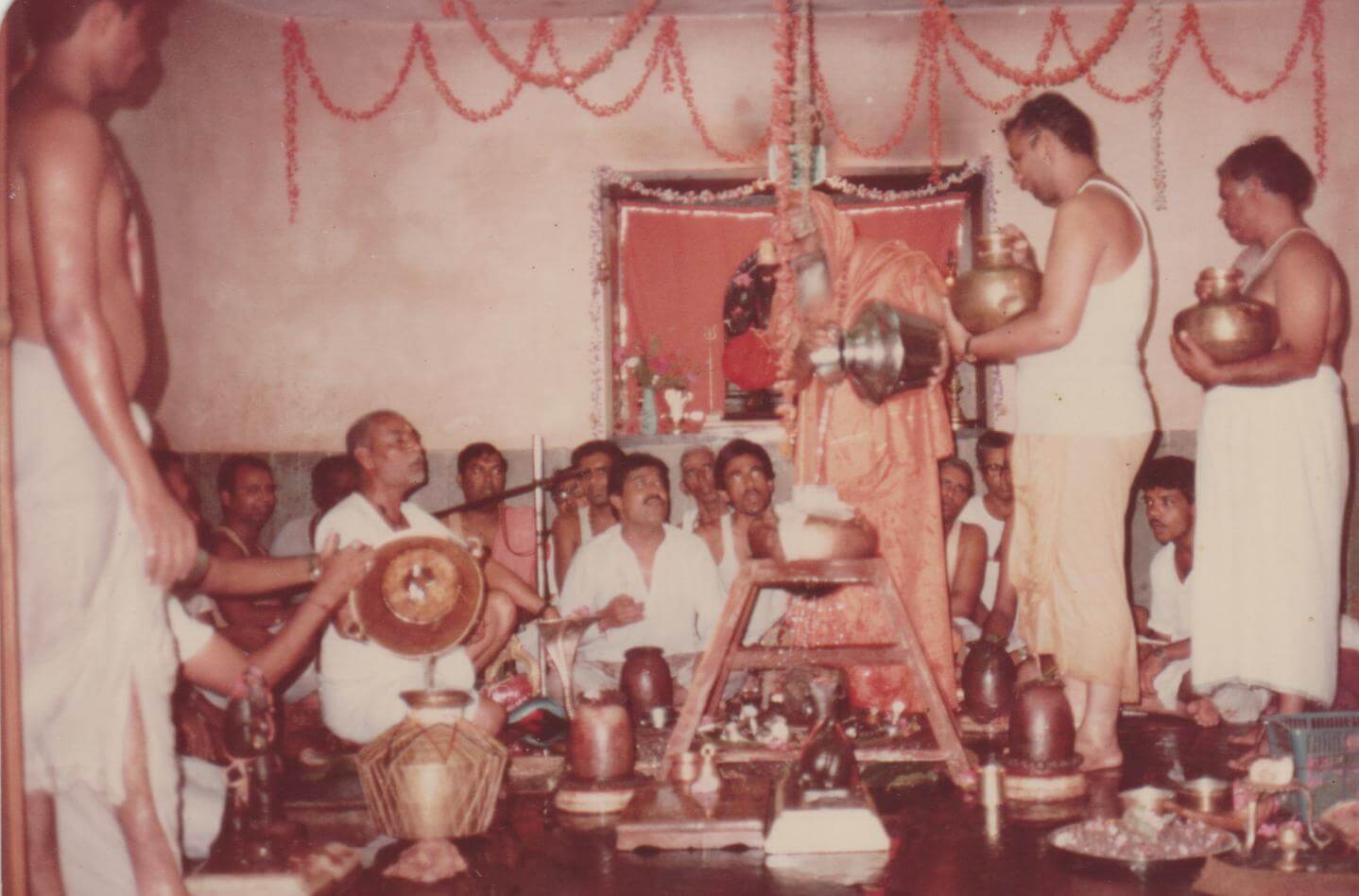 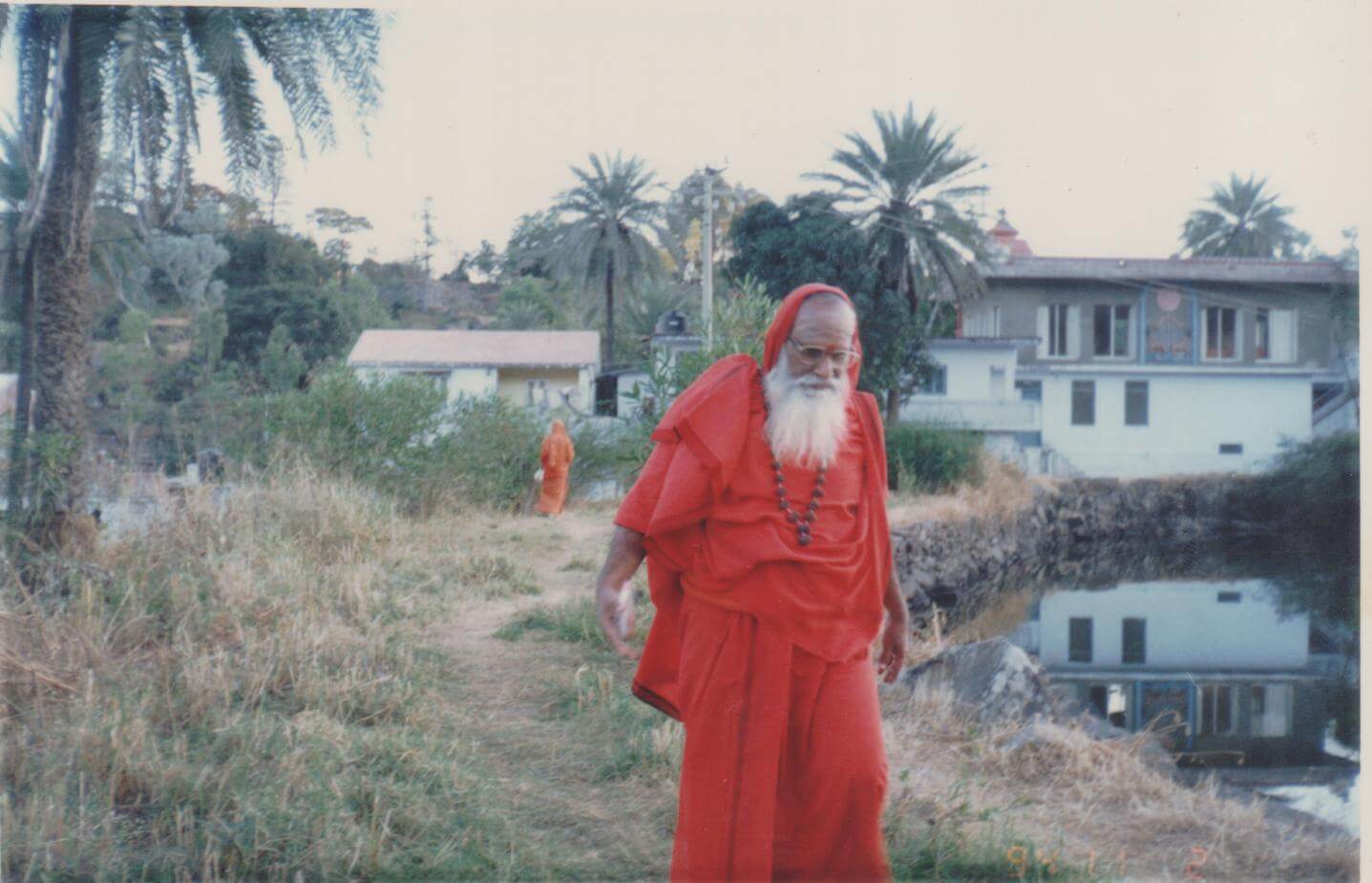 This is the setting and the idea of Sadhanayana is to help Sadhakas capture its inspirations and focus the entire force in their daily duties. If a sadhaka is a little developed and alert, a mere exposure to this divine luminiscent texiture of the atmosphere will yield many valuable spiritual experiences. Sadhanayana provides that exposure. But it belives that this contact should come not with a bang but in a healthy stealthy way. It should be a slow tender upasana. Sadhanayana is striving to play the delicate part of gathering a lonely crowd of Increasing number of sadhakas and sound them silently to be actively still and understand the ancient saying : मौंन ज्ञानं प्रयच्छति.

“Tanmayo Bhavet” of Samvit Sadhanayana is taken from the Mundakopanishad.

So, at the outset, we are assured that the entire approch here is Upanishadik. It is born of the conviction that Vedanta alone can lift this country and preserve its pristine glory. Acharya Shankara, to whom the Sadhanayana is dedicated, proved this by rebuilding the entire nation based upon vedanta. And this experiment has been confirmed by an unbroken line of great leaders both in the Sanyasa and the social traditions like Swami Vivekananda, Ramana Maharshi, Aurobindo, Gandhiji and Tilak. Through Bharat we are sure that the entire humanity will be benefited.

“Tanmayo Bhavet” is an universal call to man. It means ‘you be one with That’. That, in a characteristically Samvit way, explains Sadhanayana’s approach and attitude to the Real. We don’t want to become something – we want to be that which is the essence of all that is. Of the twin approaches adopted for the realisation of Truth viz the analytical and the mystical, the path of tanmayata leans more heavily towards the latter. Therefore, Samvit Sadhanayana, eager to preserve the mystical traditions of India, has chosen ‘tanmayo bhavet’ as its motto.

The technique of being one with the Truth at all levels of life has been developed as an art through the entire history of Indian culture. Whether the situation be spiritual or material, in everything they undertook, the Indians put this into practice. Even when, for instance, a shoemaker makes his shoe, whether he knows it or not, he uses the principles of Vedanta. That is why when a modern man comes from the western country and sees the shoe it appears to him. Why is it that the shoe is so beautiful? Because while making it the cobbler was not aware of the marketability, the sales tactics, the profit etc. He did it as dharma and that dharma was his soul. In other wards, when he made the shoe he was just tanmaya! That is the religion of the cobbler. Such a cobbler community can produce a Raidas, Similarly Kabirdas was a weaver. They all speak for the Indian culture that is based upon Vedanta consciously or otherwise.

Samvit Sadhanayana wants to bring the unconscious forces of that tradition to the conscious level. In the onslaught of technology everything now is organisation, advertisement and competition. We just cannot do away with it. But the danger of losing this mystic element is to be avoided at any cost. For this the ancient approach has to be revived in a scientific social setting. Our life must become this Sadhana.

of Sadhanayana depicts soul-evolution through Karma, Bhakti and Yoga. In the forest of karma, the souls are like deers wandering for the tender gross of sense-pleasures till they realise that they are bound to something else and that real peace which so far eluded them is internal, in the depths of the soul.

Mriga – sadhana, the deer path, stands for a sincere seeking. ( परिमार्गणन ) of the Truth, the soul-fulfilment. It involves what Bhagawad Geeta calls the doing of actions in Yoga. It is at once a discipline akin to that of the seeker as well as the artist. When the necessary purity of the faculties is achieved and a hankening for Truth is awakened then the path becomes the trajectory of a projected missile. This is ‘shara sadhana’. The bow and the arrow of the monogram point to this stage.

Samvit devotion, unlike what we find in popular Bhakti-teaching, is an intense and dynamic sadhana, something like what we have in Zen-Buddhism. Zen takes to archery, fencing atc. as effective practical devices to yield the Buddha-experience. The upanishad’s command of tanmayo bhavet is a part of the sentence that speaks of the soul being an arrow and of how it should be projected by an upanishadic practice of like so as to pierce the target of perfection that is Brahman. It is a sustained strenuous practice of aiming and shooting and becoming ‘one with it’.

Shara Sadhana is to let the soul be charged with the power of bow and bow string – a divine life and devotional attitude – and go to the goal of final enlightenment.

The goal too is represented in a mystical way, by painting it as an ever blossoming sixteen petalled beauty. You may take it to mean the soul – force ( षोडशकल पुरुष ) with its sixteen aspects of the awareness. It may also stand for the thousand-petal lotus in the Sahasrara Chakra of the psychic body. In Indian symbology the flower represents – space ( आकाश ). The concept of Nataraja also demonstrates universal spandan and that is way His abode is Chidambara. Like the dance of Natraj, the honeyed fragrant brilliance and beauty of the flower stands for Jiwan – Mukti, a liberated life which is our ideal. The thought that life should be a dance of joyous power or a bloom of enduring beauty suits the modem approach and gains validity from scientific concepts.

Therefore, Sadhanayana endeavours to make this fulfilment and the path leading to it available to every modern man. But this is an ancient wisdom and it has to be given without destroying the authenticity and sanctity of it’s tradition. It would be vulgar just to put it in so many equations before a curious crowd. The Bhagawad Geeta, one of the most universal teachings of the world, concludes with the caution that its knowledge should not be given to a person who lacks the proper attitude. In this age it is necessary not only to see that a person is eligible for the higher aspects of life but, if he is found wanting, also to create this eligibility in him. The eligibility ( अधिकार ) has to be created. So Sadhanayana has two approaches. One to create on interest and an eligibility and secondly to fulfil the demands of an already awakened interest to attain spiritual mafurity.