To the sadhaka who is committed to the path of action prescribed in the scriptures, Samvit is the ascending staircase of precious gems leading to the Supreme fruitfulness of life. To the intellectual seeking to discover the spiritual wealth hidden in the scriptures, She is the magical unguent collyrium bestowing divine sight. To the mystic who thirsts for the bliss of communion with God, Samvit appears as the graceful divine Guru. May that all-pervading light of samvit be revealed in our hearts always.

The Guru is the bridge between. Jeeva and shwara.

You have listened to the Guru only to the extent you have put his preaching into practice.

Doubting your own faith is like scratching the soil constantly to see if the sown seed is sprouting or not.

Thought for the Day

"Obstacles start disappearing before the strong will of a person." - PP Swamiji 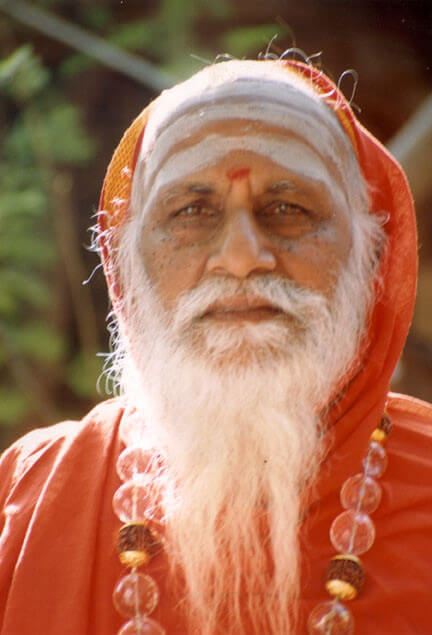 has been striving tirelessly to infuse shradha, bhakti and the yearning to know one’s true and unblemished Self in all His devotees around the globe. His Pravachans are an impeccable and alluring mix of simple prose, lofty thought, ageless quotes from the scriptures and gentle humour.

Swamiji blends beautifully the ancient and traditional aspects of vedic and upanishadic heritage with modernity so as to succinctly bring out the perennial meaning of true spiritual evolution. He believes that through individual awareness and soufful action a person can meet the challenges of life.

Invited by devotees from various places, Poojya Swamiji traveled almost the entire length of the country every year, delivering spiritual discourses. Over the years, these discources were released as books, Audio & Video CDs, which are now available on this website.

Poojya Swamiji embraced the monastic life immediately after the completion of his University education and was ordained into the Paramhansa Sanyasa order of Shri Adi Shankaracharya by Poojya Shri Swami Narsimha Giriji Maharaj, Mahamandaleshwar of Shri Dakshinamoorthy Math.

He studied Vedanta at his Gurusthana of Varanasi (Benaras) and did tapasya at various places in the higher reaches of the Himalayas including the Holy Mount Kailasha.

After 1961 Swamiji Settled down at Mount Abu in Rajasthan and founded the Samvit Sadhanayana - an institution dedicated to the revival of India’s ancient spiritual culture and mystical traditions. The sadhanayana till date, conducts classes for children and camps for students and youths.

Swamiji shed his physical form on 8th Nov 2017, at Sant Sarovar Somashram in Mt Abu. Their Samadhi is at Ishwarashraya Ashram, Kacholi.

Inspired by the ideals of Samvit Sadhanayana, several of Swamiji’s devoted disciples are running excellent centres in a sustained manner for the promotion of India’s rich immortal spiritual heritage. Such centres are located among others at Ahmedabad, Jodhpur, Jhalore, Phalodi, Kacholi, Bangalore in India and Charlotte, USA.